from The Plagues of Egypt by Aaron Leatherdale 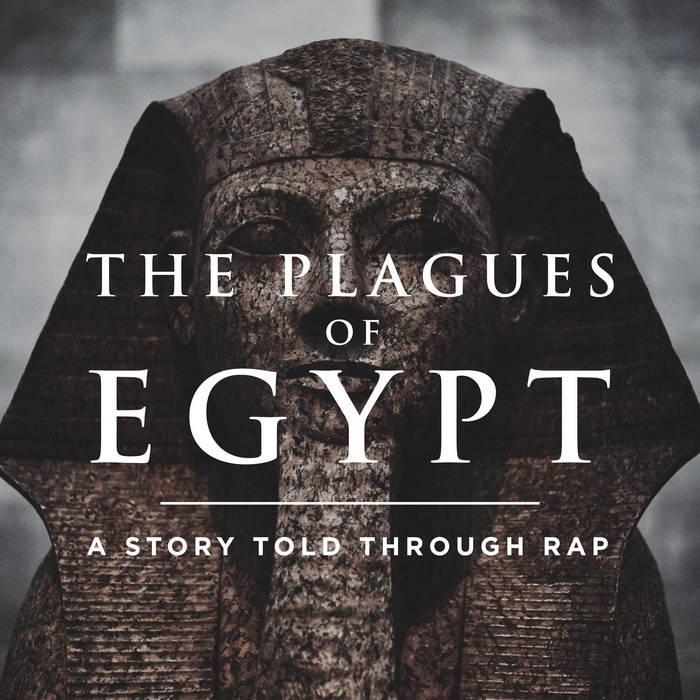 A rap based on Exodus chapter 2

Moses, I'm a prince of Egypt in the palace
Not a care, golden silverware, gold chalice
Drinking fine wine, disconnected from the malice
Just outside the castle where my relatives are vassals
I haven't heard much, so I gotta see whats up
I gotta take a stroll, I know that hard work can take a toll
On my Hebrew brothers, they're my flesh and bone
It's so crazy that I'm up in this villa, while they groan
And suffer in Pharaoh’s work force, they’re hands are course
They built all these pyramids, these monuments, and a stable for his horse
So unfair. So unfair

So unfair, I look over there
An Egyptian beating a Hebrew, he's grabbing him by his hair!
My angry was flared. Hey, stop it! I struck him
Dropped him to the ground, he's dead
I didn't mean to kill him, I just wanted to stop him instead
I buried him in the sand, then I fled

God King Pharaoh, I have news you’ll not appreciate. Moses killed a soldier, hid the body, now he’s fleeing the state. We’ve sent a party after him, but we know not where he’s gone. What should we do, my god?

Truly, he showed his colors perfectly. Send more soldiers to find him, and bring him to me, so I can execute him myself, this is no defeat, go and get that Hebrew boy and bring him to my feet. He thinks he can live in my house, the same palace that me and my spouse dwell within, and get away with murder and still live? What are you standing around for? Find him! Moses, if I ever see you again, you’re dying